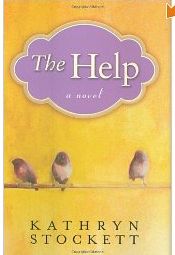 Like apparently almost everyone else in the world I read The Help, and raced to see the movie last weekend. My friends, Max and Tony, had already been treated to a preview showing two weeks before the opening and were raving about it  – actually to the point I was afraid my expectations were going to be too high.

What can I say? I sat in the theater trying to make my three measly Kleenexes make it to the end of the film. Frankly, it’s more of a 4 or 5 hanky picture.

Afterward, we quoted lines to each other and recalled our favorite moments. (Okay, we basically reenacted the entire film.) Something about this story STRIKES HOME. We love it. We love the characters. We love the sets, the costumes, the accents, and the one liners. We love that it hurts our hearts as we watch the carelessness of people – (Hilly, especially.) We shake our heads in disgust. We cry. And cry some more because we cannot fully comprehend the mentality that existed at that point in history.  (And horrifyingly, still does in some cases.)

Aside from the huge, huge, obvious issue of race are additional issues of equality (not only  racial, but social), loyalty, decency and friendship (and its limits). Those issues define us as human beings, regardless of color.

Now, I have absolutely no way of knowing what it feels like to be discriminated against because of the color of my skin. I can’t come close to imagining that reality. The closest thing I can even personally draw from was an experience in middle school. I attended an elite, yet public school in Dallas. I was not of the same social class (spoiled brat) as the majority of students. I had not one friend. People made fun of me. I was mocked. I was kicked.

I don’t remember a lot of detail about that year, but one thing I do recall was a school dance. I told a classmate, Alice, that my mother and I would give her a ride to the dance. Alice was THE ONLY black child in the middle school. I knew her from sharing the same “excluded” lunch table together.

Alice was the daughter of a Park Cities maid who lived in a house behind the “main” house.  Earlier that day someone commented, “You complain because you don’t fit in and yet you offer a ride to a maid’s daughter. This is not going to help your case.”

I don’t think I was particularly worried about making a political statement at the time, but shrugging, “Well, it can’t get any worse,” was not exactly a courageous stand.

I have no idea what happened to Alice after that evening. I suppose I should make up some sort of better ending, but that’s the truth. I know we didn’t hang out together or become best friends. Maybe we thought the two of us together made a bigger target, so chose to avoid that.

The finer points made by The Help can be applied to bullies and bigots alike – not to mention those who stand on the sidelines, unwilling to lose popularity points. We ask ourselves – who’s worse?  The instigator, or the one who’s too weak-minded, or weak-willed to take a stand?

Anyone who has been made to feel unimportant, worthless, or unaccepted for ANY reason knows what it’s like to have a metaphorical door closed in your face. Lost. Alone. Forsaken. The Help will put all that in perspective for you.

So, why do we love it so? Weeping our eyes out and cringing at the heartless Hilly?

Maybe because we’ve all known a Hilly – or been one.

And we all love thinking things will change, and we can change them.

2 thoughts on “THERE’S NEVER ENOUGH KLEENEX WHEN YOU NEED IT: THE HELP”