Today’s LetsBlogOff topic is: What did you want to be when you grew up?

I can tell you this sincerely. I NEVER said to anyone during my childhood, “What I want to be when I grow up is a marketing person for an architecture and interior design firm,  because there I will find appreciation, encouragement and respect.” I’m still not sure how I got here. But that’s another topic entirely.

Growing up with a father people referred to as a “creative genius” made me want to follow his happy footsteps into the advertising industry, which I did for about 12 years, writing and producing TV and radio commercials. One of my earliest jobs required that I go to an office each day by 9:00 AM to view soap operas. (I’m not kidding. This was a real job.) A TV was perched above my computer screen, and I would watch the CBS soaps with headphones on as two other girls watched ABC and NBC. We would type a summary of each show and hand the copy off to a voice talent before the next show began. The voice talent would record each synopsis, and as this was before everyone had internet, or a DVR, or knew how to reliably set their VHS, people who had missed their soap would call a 900 number and pay 99 cents a minute to hear what happened. Insane, right?

I watched The Young and the Restless, Guiding Light, As the World Turns, and the Bold and the Beautiful. I think I’m missing one… that’s what happens to your brain after subjecting it to that much drama every day.

To earn extra money, I volunteered to do the same thing for Falcon Crest and Dallas in the evening. It was fun to write the copy and insert a little “wink” here and there. It was impossible NOT to get a little tongue-in-cheek about it.

I guess at some point between that early job and the following work on actual commercials I realized what I REALLY wanted to be was a writer. Writing for me is that THING people tell you about. The “Whatever it is you find yourself doing when you’re putting off work is what you should be doing with your life,” thing. It’s like breathing.

Ideally, I would have started this blog years ago when the stepsons were 9 and 12 and providing constant material, but my big plan to be the Erma Bombeck of stepmothers didn’t pan out. Unfortunately, at the time, I couldn’t put the right amount of distance between the observation and the situation to really enjoy it. The ability to laugh came later, with maturity, and the surrender of sanity. So, no book deal, no movie, no big interview on Letterman. Or Oprah.

For now I have to say goodbye to the imaginary vacation house named
“What’s-Your Pointe” I would purchase with the proceeds from my best-selling novel,
“Not Genetically Responsible.” (T-shirts and bumper stickers sold separately.) 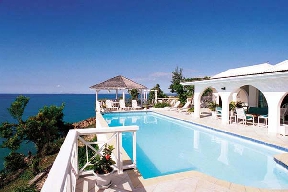 But, thanks to the people who read these occasional posts, in a small way, I am what I wanted to be when I grew up.

To see what others in the #LetsBlogOff wanted to be, click the logo. And enjoy!