I was smiling blankly at my mother-in-law the other evening as she was complaining about how difficult it is to get either of her grandsons (my stepson, Austin) on the phone. Once I got past the question of why anyone would want to speak to a mostly snarky teenage boy, I had to sympathize.

In desperation, my mother-in-law purchased an iphone so she could text. Now, the boy’s grandmother has to broach the subject of speaking to him via text, then follow up with a phone call, which he still sometimes doesn’t answer. When asked why the scheduling, the 17-year old informed us that calling someone out of the blue is rude. “When you call someone you have no idea what they’re doing. They could be busy.” My knee jerk reaction was, “Buddy, you better make time to talk to me if I call your butt. I’m paying for your phone in the first place, you inconsiderate lout…”

The conversation stuck with me. I’ve been thinking about phone calls and if Austin was right. Could it be possible? Is phone calling rude? Let’s see, what’s my reaction when my phone rings at work? I glance at the caller ID and either grab for the phone or stealthily sneak the volume on the ringer down so no one can tell I’m letting it roll over to voice mail. At home, it’s similar. Unless I recognize the phone number as one of the few people who still use my land line, typically immediate family, I roll my eyes and walk away from the incessantly jangling device.

I’m becoming what my friends became after they got Iphones or blackberries. Anti-auditory communicators. Text me, email me. Status update me, DM tweet me. ANYTHING but call me.

Yesterday I saw this article in the NY Times. It talks about the trend in communication away from actual conversation. http://www.nytimes.com/2011/03/20/fashion/20Cultural.html?_r=1&src=tptw

It appears that even Miss Manners always thought the phone was a rude interruption to one’s day. I never realized it was insane to stop what I was doing and speak to someone just because they called me. Imagine if I could have all that time back I spent listening to my mother on the phone, or my friends, or that cousin who turned up out of nowhere and just wanted to “catch up.” 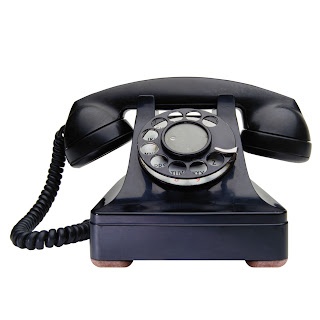 Maybe I’m out of it. I’m definitely getting older. But somehow, I really don’t want to give up the phone completely. Sometimes I like to hear someone speak, even though it’s disembodied. A witty or clever status update doesn’t let you hear the tone of voice, or tell you if your friend sounds tired, or sad, or giddy.

My father passed away last year, but I still find myself reaching for the phone to share a story I think he’d enjoy. Then I recall, and have to content myself with the memory of his laughter from a previous conversation. That phone time, though sometimes lengthy, often frustrating or disruptive, is a lot sweeter to me now than a hastily written LOL would have been.

So, hold the line, folks. I may text you, I may email you, but one thing’s for sure –

If I call you, I must REALLY like you.